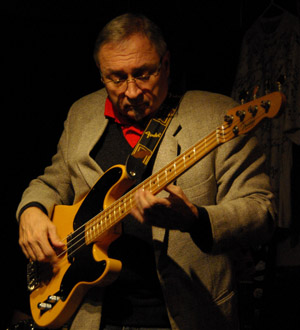 Dave has also played with a long list Toronto greats including Peter Appleyard, Gene DiNovi, Ed Bickert, Bernie Senensky, and dozens of other major jazz stars in both live performance and recording sessions. He is a member of Jim Galloway’s Echoes of Swing Sextet, the Dan Bodanis Jazz Band, and the fabulous Combo Deluxe.

It is a great privilege to have Dave join us from time to time.